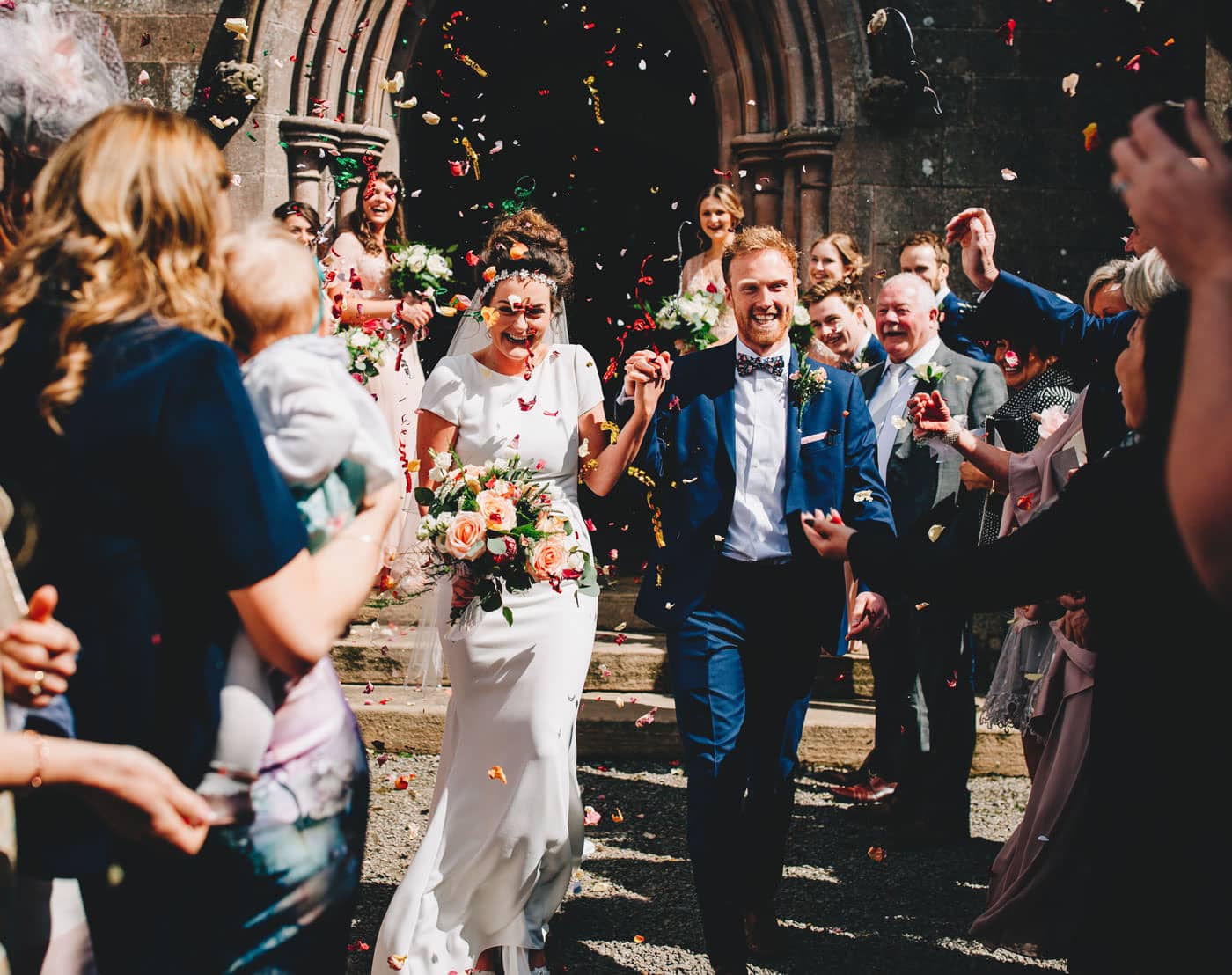 How To Be a Good Second Shooter

In this interests of honesty I have an admission to make. I’ve only actually second shot for other photographers four time.  So the reality is I don’t have a great deal of experience of being a second shooter. So this blog isn’t about how to get lots of second shooting work or how to make the most of the experience you gain. It’s about how to be a good second shooter from the point of view of the person hiring you.  Over the past 7 years I’ve photographed over 200 weddings and for the majority of those weddings I’ve used a second photographer. I’ve had some cracking second shooters. Some people who I wish would give up their own weddings just so I could have them to myself all the time. But sadly I’ve had some real disasters too. It’s prompted me to put together this blog post which I hope will help you if you’re looking to be a second shooter.

A lot of photographers are looking to do second shooting work in order to boost their portfolio or gain more experience and it is a great way to do that. But let’s not forget for the person you are shooting for – this is their business, this is their couple and this is their income. First and foremost you are there to support them.

Basically this blog is all about how to be a good second shooter for ME. Other photographers might have different priorities and it’s worth having a good chat with any photographers you’re going to work with to make sure you’re on the same page. But I’m fairly sure that lots of these points are going to apply whichever photographer you work with.

If you’ve developed a friendship or professional relationship with another photographer you might be approached directly to shoot for them. These days I have a core group of photographers to call upon when I need a second photographer. But many second shooter jobs are posted in Facebook groups. If you see a post advertising a second shooter role and you fancy putting your name forward please do follow the photographer’s instructions. If they ask you to put your links down just do that. Do not start private messaging them in the hope it’ll give you the edge. It won’t. It’s just flipping annoying and a tad desperate.

2. Be honest about your experience levels.

I will occasionally have second shooters with me who aren’t that experienced at weddings but I want to know that in advance. I’ve heard horror stories of inexperienced second shooters bigging up their experience and then fluffing the wedding on the day. That is completely  unfair on the primary shooter and the couple who you are shooting for. I’ll say it again – this is someone else’s business and reputation. You also won’t win you any friends in the wedding industry. And guess what – we talk! If you’re not experienced enough to be taking on paid second shooting roles then put yourself forward for free for assisting roles.

3. Look at the photographer’s work

We all have our own style of shooting and I don’t for a minute expect my second shooter to try and completely imitate how I shoot. But I do choose second shooters with a similar style to mine. Have a look at the work of the person you’re shooting for. If they are very detail heavy then make sure you make the effort to capture that on the day. If they are mainly documentary style, then don’t turn groom prep into a fashion shoot. That’s not what their clients are expecting.

I don’t dress super formally at weddings but I do try and look smart (at least at the start of the day – by 9 p.m I’m a complete mess!) Have a chat with the main photographer about what to wear. Remember you’re representing their brand. You can also be guided by the type of venue you’re going to be shooting at. If it’s a tipi wedding in a field then it’s likely to be more relaxed than a formal church wedding for example. I’ve had incidences of second shooters showing up in cycling shorts or ripped jeans – that doesn’t fit with my branding and it made it me feel uncomfortable about how they were representing my business.

Oh my goodness – nothing annoys me more than people being late. If you’re second shooting for someone make sure you arrive on time. No scrap that. Arrive early. Even if that means you sit in your car and watch cat videos for twenty minutes. I never want to receive a call from the groom asking where the second shooter is. Unless there’s a very good reason for it there’s really no excuse for being late! If you want to be invited back for more second shooting jobs turn up on time. It’s basic.

The best second shooters I’ve had anticipate where and when I’m going to need them. During the ceremony I’ll hopefully be at the front to capture the couple’s faces. That means I want you to spot the shots that I just can’t get. The groom looking back over his shoulder as the bride walks down the aisle. The family member who stands up (with their back to me ) to give a reading or a great shot straight up the aisle of the first kiss. I need you to be looking for the shots that I can’t get. And do them without getting in my shot where possible!

7. Don’t shoot for yourself

If you’re looking to build up your portfolio or your second shooting at a venue that you’d love to come back to as the primary, it’s tempting to make sure you’ve got all the shots that YOU want. But you’re not here for you. You’ve been hired as a second shooter so you’re first priority should be shooting for the primary. If the primary asks you to photograph details of the room whilst they do portraits then suck it up and do it. If the primary is shooting group shots then you need to be helping organise them or shooting some candids, we don’t need a shot of a group taken at a slightly different angle. If you’re shooting portraits together then look for a completely different angle to the primary.

This covers a lot and is basically a list of dickish things that second shooters have done to me so bear with me! Don’t act like you’re the primary shooter. Do not interrupt the primary shooter. Do not pose the couple over the primary shooter’s shoulder (grrrrr) . Do not drink four beers. Do not stuff your face with the canapés that are made for the guests when you should be shooting. Do not stand around chatting during the drinks reception when I’m running around shooting candids. Do not sneak off for a cheeky fag whilst I’m running around organising people for group shots. Do not give out your business card to guests or try and solicit bookings. Do not act like a diva to other suppliers. Do not step in front of me to get ‘your’ shot. I mean basically – just don’t be a dick!

8. Agree on image use and stick to it.

I’m really clear with my second shooters about how they can and cannot use the images they take when they work for me. I’m not overly strict but I have restrictions in place to protect my business. The last thing I want is a second shooter running home the night of the wedding, editing some images, sticking them on Facebook and tagging the couple (yes that’s happened)! Remember you’re working for someone else’s business – that someone else did all the legwork in getting that booking and as such have the right to all the marketing goodness that comes after it. If the primary shooter doesn’t tell you in advance then check on how and when you can use your images. And don’t be a dick (see above).

One of the joys of being a second shooter is that you’re not usually responsible for the key shots of the day. As the primary I’ve got to make sure I get all the shots I simply cannot miss – the first kiss, the walk down the aisle, the confetti, the group shots etc. Sometimes that means I can’t always risk doing something creative which may or may not work. Sometimes I have to prioritise getting the shot in the bag over trying something new and exciting. That restriction doesn’t necessarily apply to second shooters. Maybe you spot an opportunity for a really creative angle as the couple are walking down the aisle? Clear it with your primary shooter. They may be willing for you to take the risk and try and get the shot. If you miss it, no biggie, the couple will still get the shot from the primary shooter but if you nail it, then boom, it could be a great addition to the couple’s gallery.

When you’re working alongside another photographer at a great wedding it can be such good fun. A dream team of primary + second photographer can really bring out the best in both and mean the couple get the absolute best wedding gallery possible. As a new second shooter you might be feeling nervous or worried about delivering what is expected of you. That’s totally fine and is only to be expected.  In fact those nerves will push you to achieve the shots your primary shooter needs. But don’t lose sight of what a lovely working environment a wedding day is. Yes it can be fast paced, yes it can be pressurised at times but overall it’s a great day. If you’ve built great communication channels with the primary shooter and you’re completely clear of what’s expected of you on the day then please just enjoy! 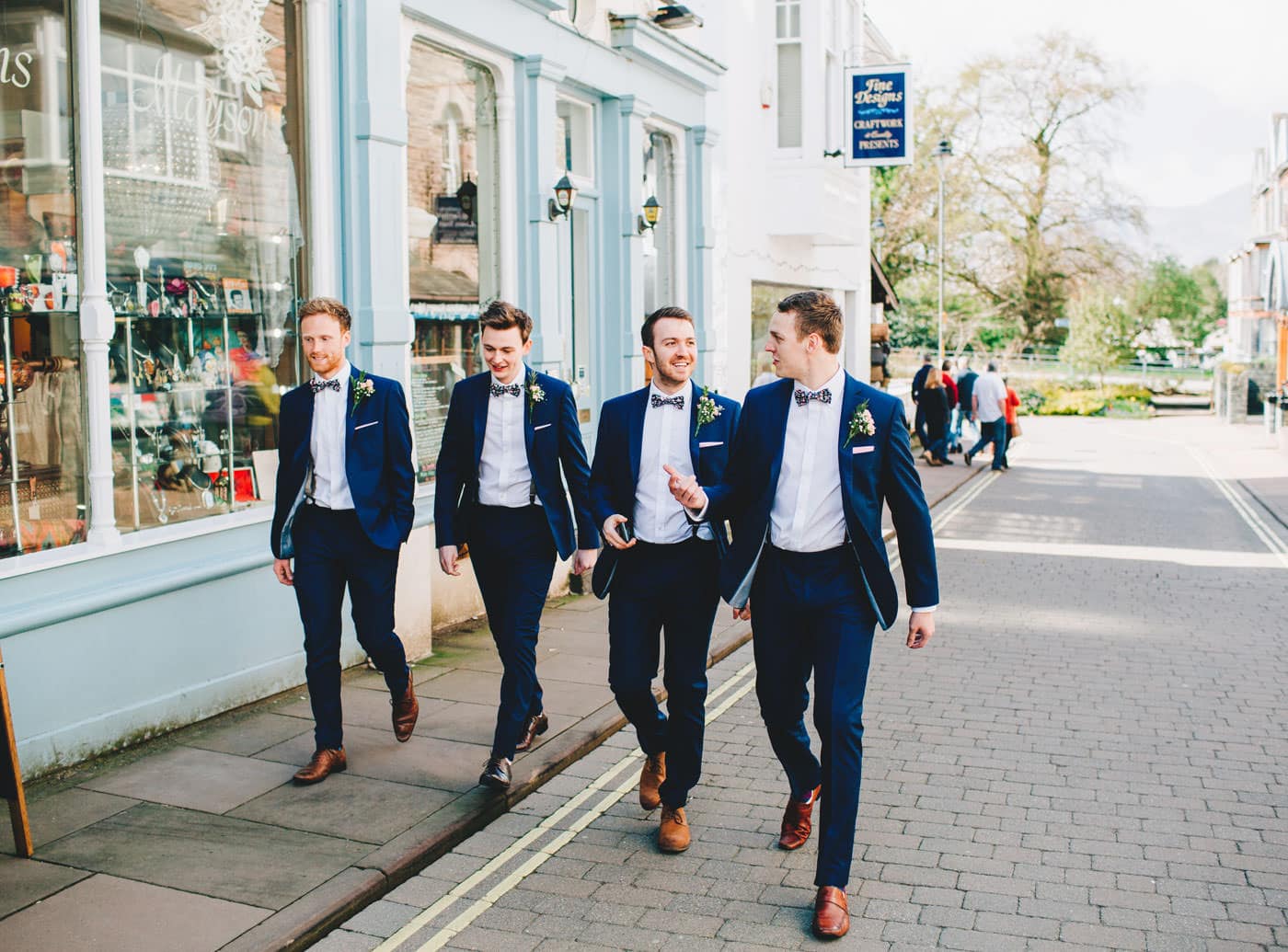 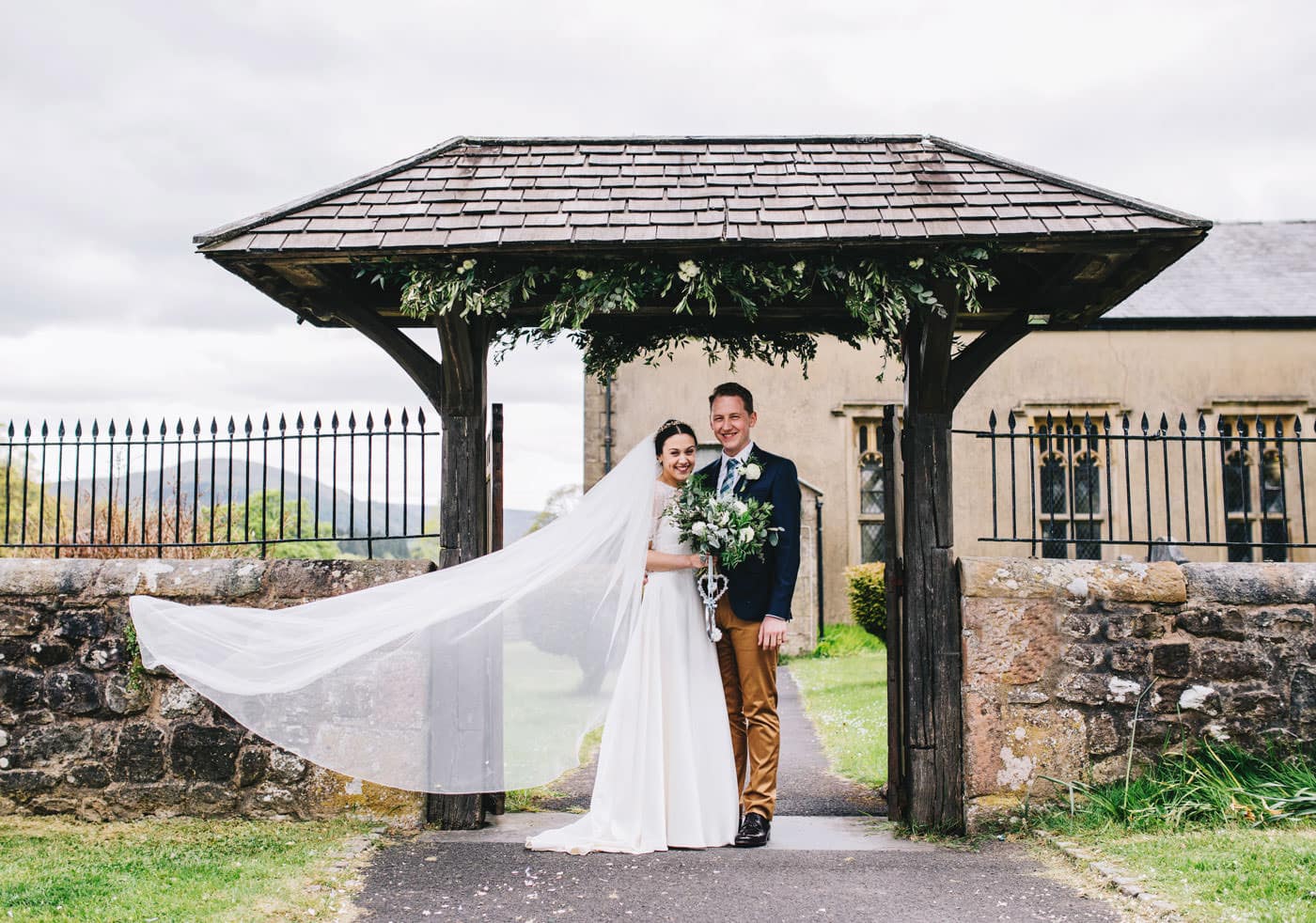 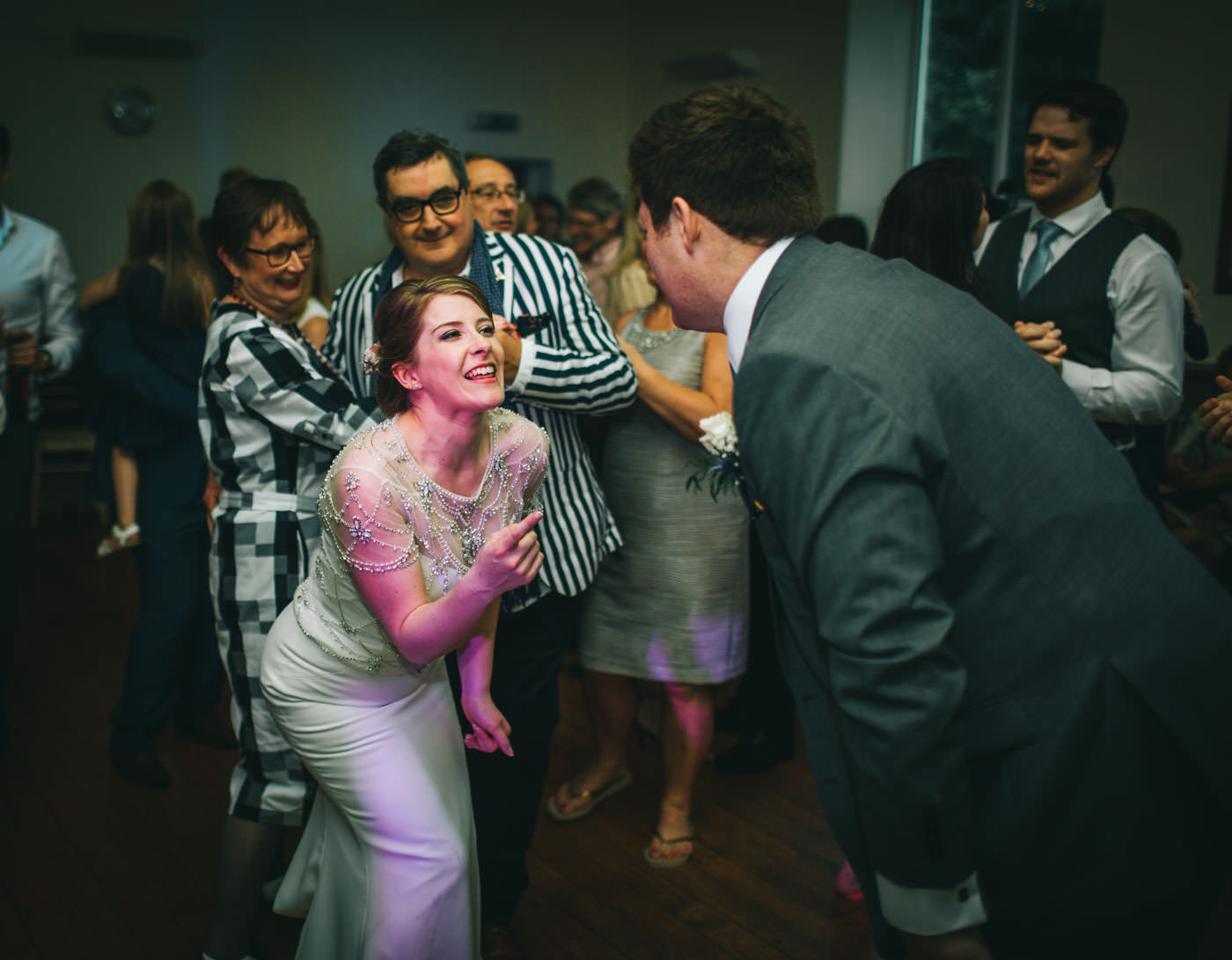